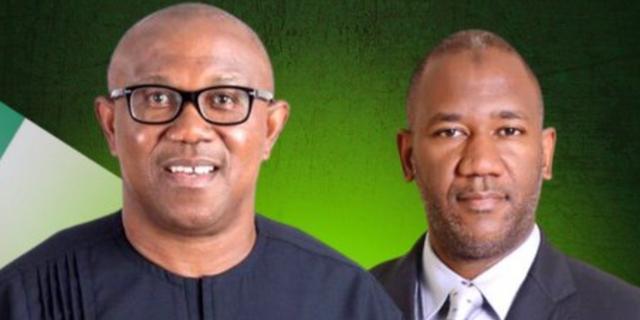 1. No nation can survive without saving for tomorrow.

2. The reason why we are talking about massive borrowing today is because we didn’t save yesterday

END_OF_DOCUMENT_TOKEN_TO_BE_REPLACED

While we wait for the commencement of the presidential election proper come February 25, 2023,  you can glance through verifiable pre-election polls by various trusted independent organisations.

Ahead of the forthcoming 2023 Presidential elections, a recent nationwide opinion poll commissioned by Anap Foundation and conducted by NOI Polls Limited was concluded in early September 2022. The Poll revealed a substantially close race between Mr. Peter Obi of Labour Party (LP), Asiwaju Bola Ahmed Tinubu of the All Progressives Congress (APC) and Alhaji Atiku Abubakar of the People’s Democratic Party (PDP). Running significantly behind the leading pack is Dr. Rabiu Kwankwaso of the New Nigeria Peoples Party (NNPP) who is the lone outsider i.e. a “dark horse” in the race. All other contestants polled results that are statistically insignificant.

Mr. Peter Obi’s 8 percentage point lead at this early stage is significant, but not sufficient to separate him   completely from a leading pack of candidates scoring 21%, 13% and 13%  respectively.

Undecided voters and those who prefer not to reveal their preferred candidate add up to a whopping 32% and 15% respectively. The gender split of undecided voters shows that 39% of women are undecided versus 27% of male voters.

A third-party candidate is the top choice to become the next president of Africa’s most populous country, according to a new opinion poll.

A clear majority of respondents said they intend to vote for Peter Obi, a former state governor, in elections scheduled for February. The results of the survey conducted for Bloomberg News by Premise Data Corp. were published on Wednesday as the official campaign to succeed President Muhammadu Buhari kicked off.

Of the 92% of participants who said they’ve decided how to vote, 72% named Obi as their first choice. Of those who are still unsure, 45% said the 61-year-old is their preferred candidate.