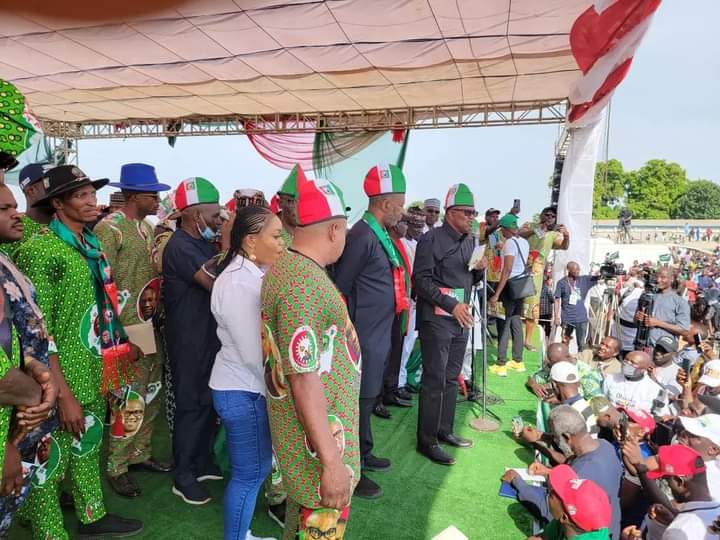 The Presidential Campaign Council of the Labour Party, LP has officially flaged-off its campaign today in Lafia, the state capital of Nasarawa state.

The Director General of the National Campaign Council, Dr. Doyin Okupe, had earlier stated in a statement, that the presidential candidate of the party, Peter Obi, will begin presidential campaign in Nasarawa State ahead of the 2023 general elections.

Okupe said the resounding presence of supporters of Obi and his running mate, Yusuff Datti, in Nasarawa and other states in the North would send a strong signal concerning the strength of the party across the country.

According to the DG, the Obidient Movement is total and all-embracing and had announced their entry into the political space in June when Obi and Datti emerged as presidential candidates of the LP.

Speaking on the Obidient Movement, he said the movement “is total and all-embracing and had announced their entry into the political space since June when Peter Obi and Yusuf Datti Baba-Ahmad emerged as the presidential and vice presidential candidates of the LP.”

Okupe noted that the rallies held by the Obidient movement across the country since June 2022 showed the resolve of citizens to reclaim their country. He stressed that the party and its campaign council would continue to give the youths a voice in the country.

He said the uncommon patriotism and zeal shown by the youths about the Obidient movement gave hope and succor to many Nigerians that restoration and rebuilding of this country were possible and achievable.

To see pictures of the Campaign visit here