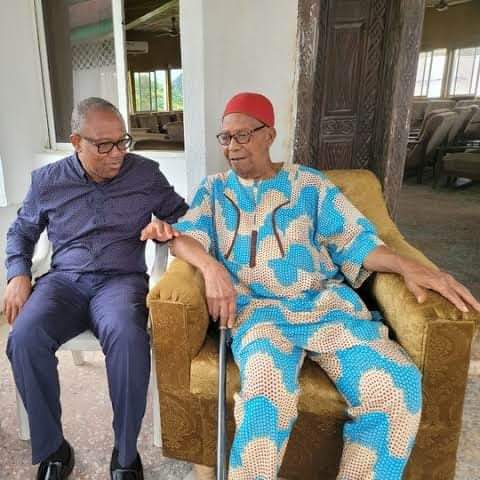 I received the sad news of the transition to glory of Late Chief Mbazulike Amaechi (The Boy is Good). He was an elder statesman whose love for peaceful coexistence, desire for fairness, equity and justice, and fire of patriotism remained alight until his death.

His was an impactful life, which touched millions of people around the country positively. His passing marks the symbolic end of an era, being one of the few surviving members of the early nationalists.

Chief Mbazulike always spoke his mind without ambiguities. His service to the people and the nation, in different capacities, will always be remembered. He was a man who devoted his life fighting for a more united and progressive Nigeria.

I have personally enjoyed great support from him through my political journey. I pray God to comfort the family he has left behind and grant him eternal rest. Rest in peace sir.