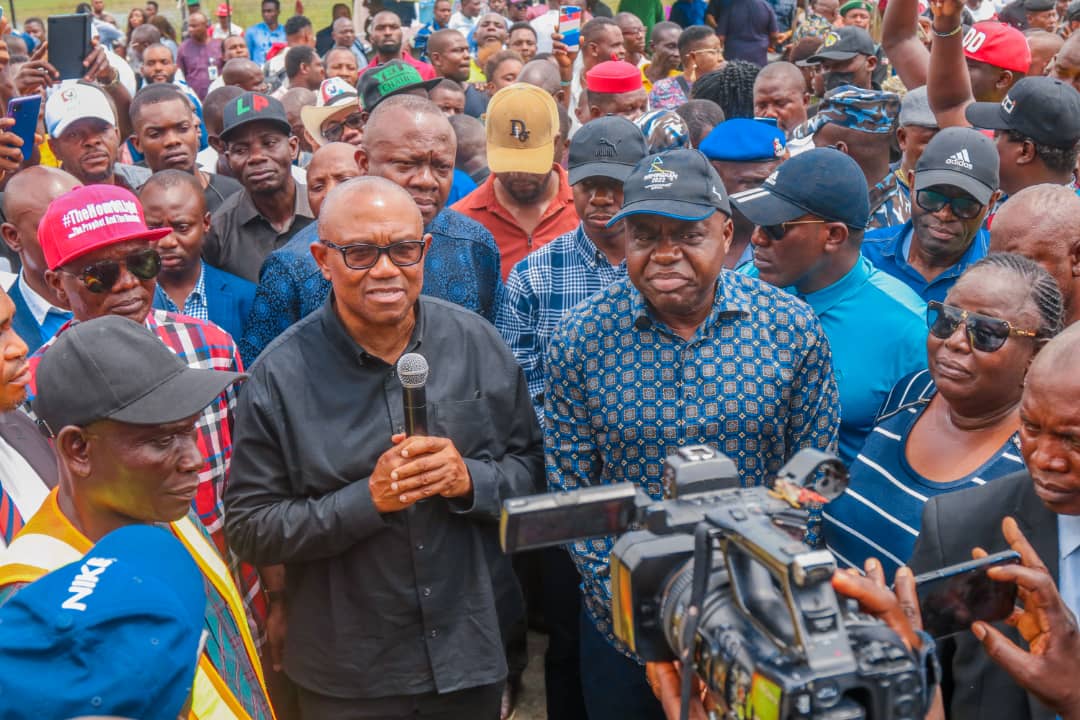 Labour Party’s presidential candidate, Peter Obi on Saturday visited Governor Duoye Diri of Bayelsa State in Yenagoa, the state capital, to sympathise with victims of floods in the state.

The former governor of Anambra State, who earlier on Thursday visited flood-ravaged communities in Benue State to commiserate with victims, tasked the Federal Government to be proactive in mitigating the effects of devastating floods across the country.

Obi also called on his counterparts in other parties to suspend their campaigns and join him to help victims of floods across states of the federation.

Floods have hit parts of Nigeria in the last two months with the National Emergency Management Agency (NEMA) saying that about 2.5 million persons were affected and over 603 persons killed by the flooding caused by torrential rainfall of late.

The 2022 floods have attracted international “solidarity”. In a letter to President Muhammadu Buhari King Charles III sympathised with Nigeria over the “devastating” incidents.

“Your Excellency, Dear Mr President,” the monarch began in the message to Buhari. “I wanted you to know how deeply saddened both my wife and I are to hear of the many people who have lost their loved ones and whose lives have been so dreadfully affected as a consequence of the devastating floods across Nigeria.